Showing posts from March, 2017
Show all

Do You Need To Be On YouTube? 16 Eye-Opening Statistics 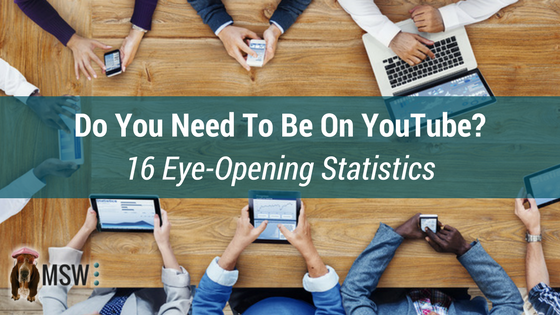 
Believe it or not, YouTube has firmly positioned itself as the second biggest search engine in the world. In recognition of its rapidly increasing popularity, Google purchased YouTube in 2006 for $1.65 billion (source: BrandWatch). Because of the huge number of users it attracts on a daily basis, YouTube offers immense potential for both big and small businesses. However, you don't have to take our word for it - these numbers speak for themselves.
16 Eye-Opening YouTube Statistics

YouTube has over one billion users, which accounts for more than 1/3 of all people on the internet. (Source: YouTube)There are over 180 million YouTube users in the U.S. alone. (Source: DMR)In a given year, YouTube users watch 46,000 years' worth of content. (Source: DMR)6 out of 10 people …
Post a Comment
Location: Lake Ozark, MO 65049, USA
Read more 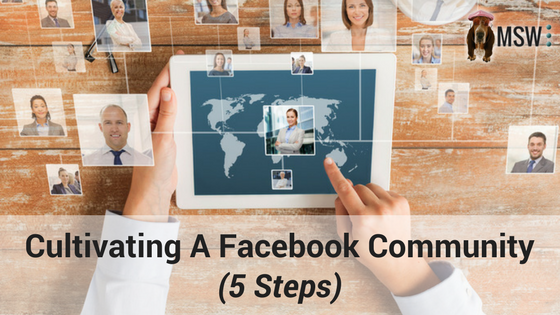 
As a business owner, building a network of loyal customers should be the ultimate goal of your social media campaign. This strong foundation will provide the framework for your company's overall success.
With more than one billion users, Facebook is by far the most popular social media platform in the world. Maintaining an active presence on multiple social media channels is a great way to expand your reach and improve your search engine rankings, but when it comes to building an online community for your small business, Facebook will most likely be your primary breadwinner. Today, our Lake of the Ozarks social media marketing company is here to explore how you can build a strong community with your company's Facebook page.
How To …
Post a Comment
Location: Lake Ozark, MO 65049, USA
Read more

GET TO KNOW US - Meet Deanna Powell 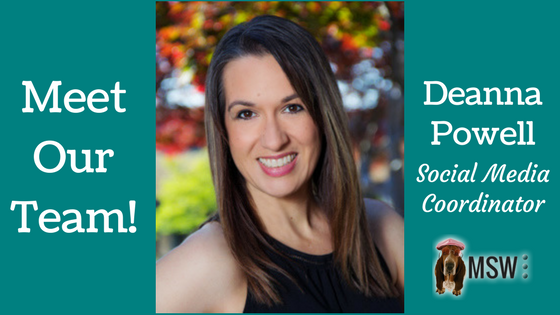 It's time to get to know your internet marketing team a little bit better!

We pride ourselves on cultivating a team of rock stars - a group of hardworking individuals who are dedicated to our clients' continued internet marketing success. We hire the BEST. In order to help you better get to know our team of internet marketers at the Lake of the Ozarks, we're currently in the middle of a "meet the team" blog series. This week, we're continuing the conversation by introducing you to our social media coordinator and on-staff photographer, Deanna Powell.

Q:  What brought you to the Lake of the Ozarks?
A:  I grew up in Eldon, MO, just a few minutes away from the Lake. My family and I moved away for a little while, but we came back so the kids could grow up near their grandparents and the rest of the family.

Q:  How did you get started in the internet marketing field?
A:  I worked in restaurants for years because it offered a flexible schedule so that I could attend al…
Post a Comment
Location: Lake Ozark, MO 65049, USA
Read more

Which Social Platforms Are Right For Your Business? 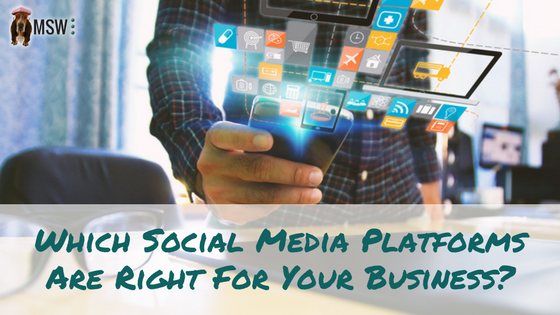 Not all social media platforms are created equal. Learn how to identify which ones will help you get ahead.


Every social media platform is unique. Facebook, YouTube, Twitter, LinkedIn, Google+, Pinterest, and Instagram all have certain advantages that may be leveraged to serve different purposes and reach different demographics. The right channels for your business will depend on your industry and the type of message you want to communicate to your clients. MSW Interactive Designs, LLC is here to help you identify which platforms may be the most advantageous for your business.

Facebook is still the king of social media. No matter what your industry is, Facebook provides an immensely powerful marketing tool that we encourage you to take advantage of. While Facebook provides valuable opportunities for educating your clients and positioning yourself as the expert in your field, the main purpose of Facebook is to connect with your clients by showing them the true personality of your…
Post a Comment
Location: Lake Ozark, MO 65049, USA
Read more 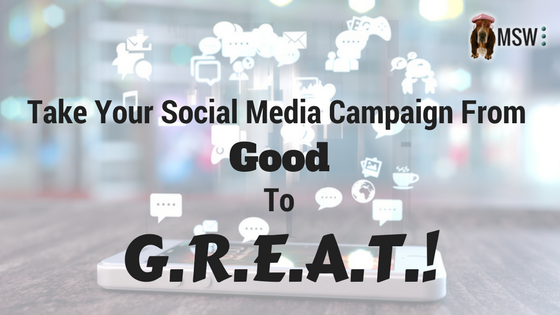 Why limit yourself to a good social media campaign? You could have a GREAT one!

Social media is one of the most powerful marketing tools currently available. When leveraged correctly, it can dramatically increase your sales, web traffic, return on investment, and word-of-mouth referrals. However, in order to achieve these results, you have to have a great campaign.MSW Interactive Designs, LLC is here to explore some of the different components that make a social media campaign G.R.E.A.T.

Good content is at the heart of any successful social media campaign. The content you produce must be interesting, relevant, and high-quality. Your content is what builds your credibility and encourages consumers to keep visiting your pages. It's what draws people in and establishes you as a leader in your field.

When deciding what to write or post about, it's important to put yourself in your readers' shoes. What are your needs? What are your fears? What information would be…
Post a Comment
Location: Lake Ozark, MO 65049, USA
Read more
More posts